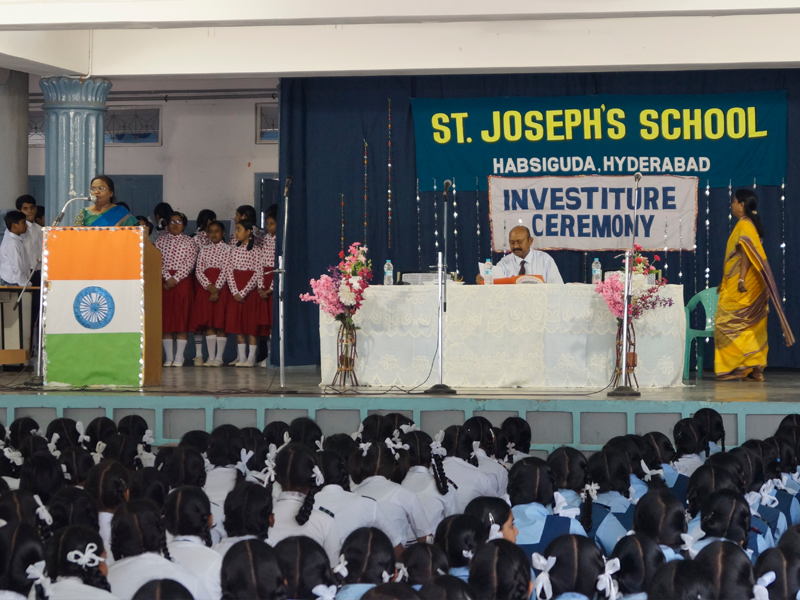 It was the year 1970, in the city of Hyderabad when the St. Joseph’s Education Society was established by Shri U G Reddy with a seemingly impossible dream and endless energy. Hailing from a humble background, he had embarked on a journey to impart quality education to young minds. St. Anthony’s High School, Himayatnagar, was his maiden foray into school management. As the school flourished under his leadership, his dreams took wing and it wasn’t long before four more institutions were incorporated into the Society’s fold: St. Joseph's Public School & St. Joseph's High School at King Koti, St. Joseph's School at Habsiguda and St. Joseph's School at Malakpet. He was now the man with the Midas touch!

Not one to rest on his laurels, he started the Association of Schools for the Indian School Certificate (ASISC) in 1997 in an effort to bring about coordination among all the ICSE schools in erstwhile Andhra Pradesh. For 15 years, he officiated as the Secretary and Treasurer of the ASISCE, transforming it into a formidable regional body which participated in matters concerning the curriculum and syllabus of the CISCE, and provided a sustainable platform to the students to showcase their talent in sports and literary activities. The Regional Office of the CISCE in South India stands proudly today on the prime land of one acre donated by Sri U. G. Reddy – a testament to his philanthropic spirit.

A highly decorated educationist, his moment of glory came when he was conferred the Father George Hess Excellence Award by the ASISC in 2018 for his outstanding contribution to the cause of education, human enrichment, and world peace.

Sri U. G. Reddy left for the ethereal realm in 2021, leaving behind him a legacy of perseverance, hard work, discipline, and uncompromised ethics. His vision remains the guiding force for following in his footsteps, and his Midas Touch continues to impact the lives of all Josephians.

Admissions not available for classes: 1st to 10th